In PRRI’s recently released American Values Atlas report, based on over 101,000 interviews conducted in 2016, we documented a six point drop in white evangelical identity (from 23% in 2006 according to Pew Research Center to 17% in 2016 in PRRI’s most recent report). While six percentage points in ten years is not an avalanche, it is significant both statistically and culturally. 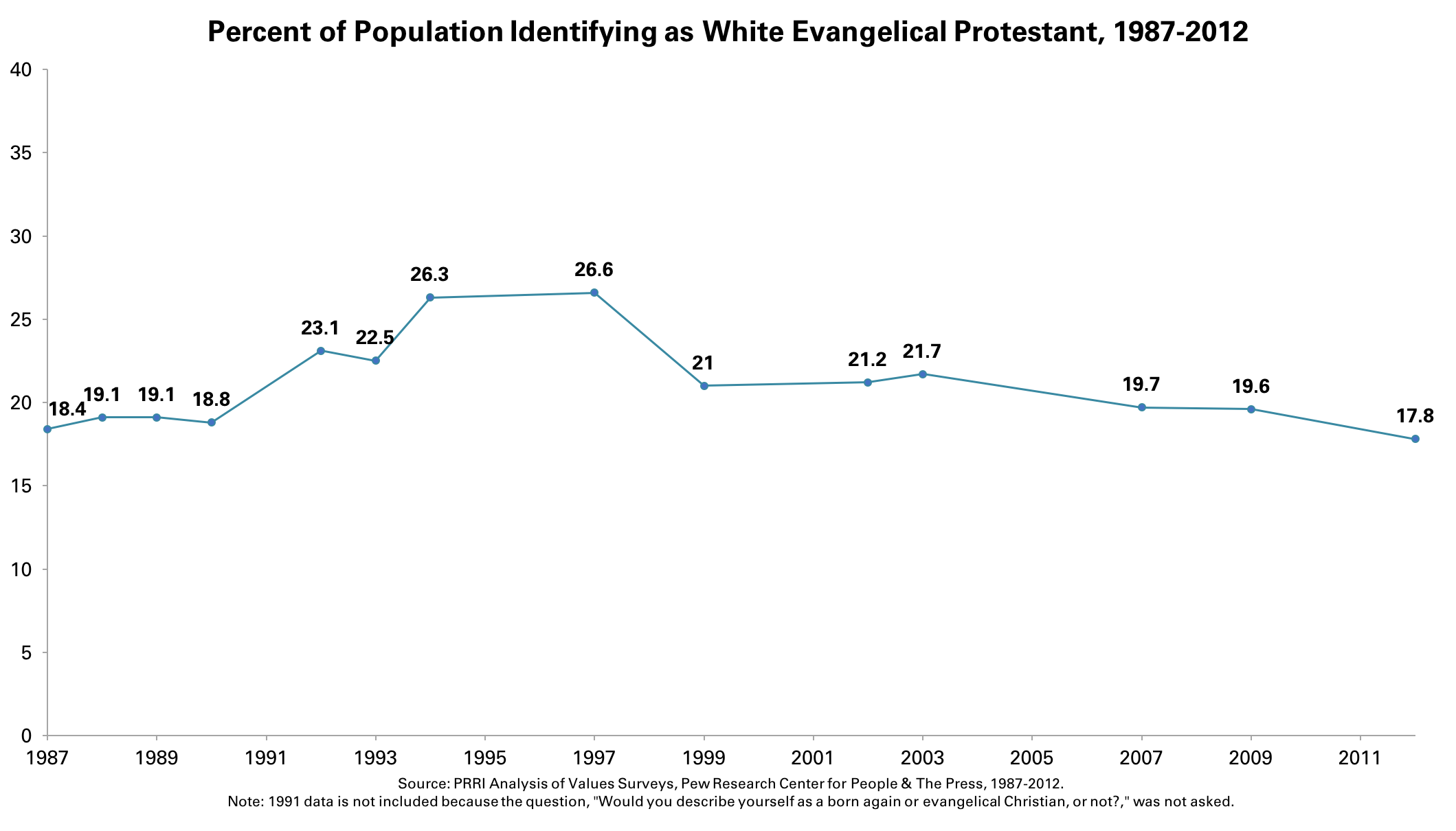 The Decline of (the Mostly White) Southern Baptists

Second, internal data from the largest denominational representative of the white evangelical world, the Southern Baptist Convention, fits with the external demographic data. Over the last decade, the Southern Baptist Convention (SBC)—by far the largest evangelical denomination in the country and one that is overwhelmingly non-Hispanic and white—has lost more than 1 million members, according to LifeWay’s Annual Church Profile. The SBC has recorded negative growth rates in every year beginning in 2007. As Ed Stetzer of SBC’s LifeWay Research noted in a 2015 evaluation of the long-term trends, “Facts are our friends, and the fact is the SBC decline is not reversing, it’s accelerating.” The decade-long downward trend in membership growth among this flagship evangelical denomination is striking.

Note: This post originally appeared on PRRI’s website.
Daniel Cox, Director of Research for PRRI, specializes in survey research, youth politics, and religion. He regularly writes for major news outlets like FiveThirtyEight, Yahoo! News, and U.S. News & World Report.
Robert P. Jones, CEO of PRRI, is the author of The End of White Christian America, and two other books, and numerous peer-review articles on religion and public policy. Dr. Jones writes a column for The Atlantic online on politics and culture and appears regularly in a “Faith by the Numbers” segment on Interfaith Voices, the nation’s leading religion news magazine on public radio. He is frequently featured in major national media such as CNN, NPR, The New York Times, The Washington Post, and others.